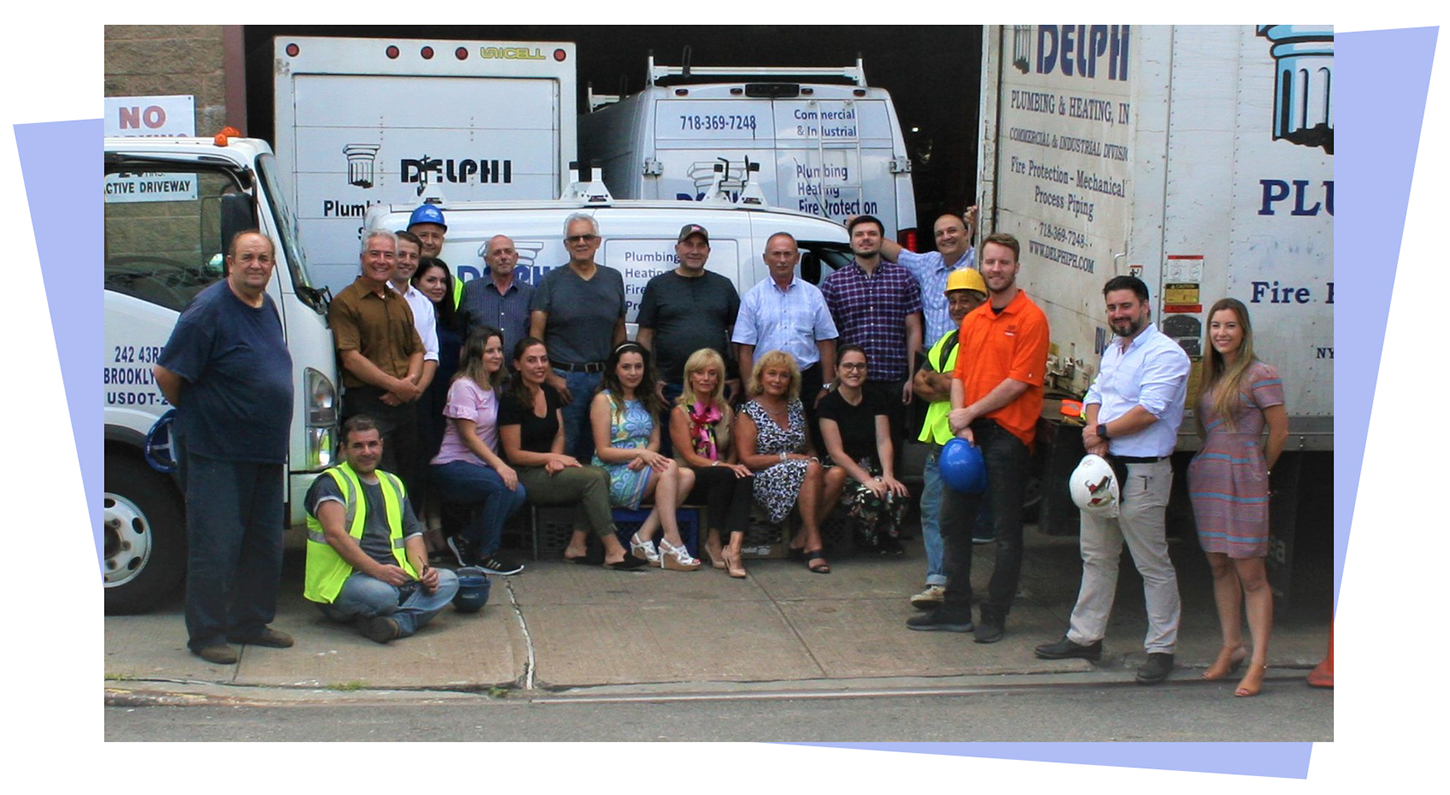 Margaret Patricia Eaton (as featured in Construction in Focus Magazine)

Metropolitan New York is coming back to life as the pandemic eases, with a 0.23 percent increase in population in the first quarter of 2022, after a decrease in the past few years. All those residents can be assured of the continuation of essential services, including what is perhaps the most essential of all, a ready supply of clean drinking water and environmentally safe disposal of sewage throughout the five boroughs, made possible by the Department of Environmental Protection, and the industrial contractors like Delphi Plumbing & Heating who work with them.

Two years ago, when we spoke with Delphi’s founder, CEO and President Jim Sidiropoulos and Vice President in charge of field operations Dimitri Sidiropoulos, New York had just experienced a disastrous three months at the epicentre of the pandemic, and we wanted to catch up with them and learn what was happening in NYC and at Delphi’s offices in Brooklyn.

“In general, the recovery of our industry was not easy,” Jim tells us, noting that unfortunately, some businesses, including some Delphi had engaged as subcontractors, had not been able to withstand the burden COVID placed on them and had to close. Even though Delphi is considered an essential business, work was at its lowest level ever, and because clients as well as Delphi’s supervisory and office personnel were all working remotely, there were communication challenges.

However, the good news is that Delphi did not have to let go of any of its personnel. Some employees did contract COVID but, “We supported them, and we are happy to say they all came through. After two years, we are beginning to see the light as the city awakens,” says Jim.

So why did Delphi survive when some smaller companies didn’t? The more obvious reasons are the company’s 150 years of combined experience, its financial stability, and the fact it is licensed in three states to handle any job of any kind and any size.

But there’s more to it, as Jim reflects, summing up crucial contributing factors in a few words. “Reputation. Being true to our word. Our employees,” he shares.

“We’ve been in business for over 40 years,” he continues. “We survived the 80s, 9/11, the 2008 depression, the pandemic, and everything in between, and we have survived. It has to do with our reputation. No business can survive the ups and downs of our industry without a stellar reputation, and the basis of that is being true to your word. No matter how cynical the world has become, I have always been, and will continue to be, true to my word,” he says.

“But it’s also our employees who make Delphi what it is. They are second to none. Delphi is family-owned and family-oriented; some of our employees have been with us for 20, 30, and even 40 years, as is the case of Senior Project Manager Joe Faiello. We treat them all as family, we hurt when they hurt, we rejoice when they have happy occasions, and our success is all owed to them.”

The biggest challenge Delphi is facing now, he says, is the same one facing every company in the industry, which is delays in receiving critical equipment on time due to supply chain problems. “Our contracts are fixed price contracts, so changes in core materials and parts can hurt our bottom line,” he explains. “On top of that there is the rising cost of fuel and inflation that is reaching a breaking point.”

“Delphi has been instrumental in the successful completion of commercial/industrial plumbing and mechanical installations that include multistory ground-up construction along with major renovations.”

But five years earlier, while still a journeyman, he decided he would do better opening his own business, which he did in 1980, incorporating it in 1983.

“The freedom of being my own boss was exhilarating,” he told us when we spoke in 2020, “but it wasn’t easy. It was a struggle in the beginning, as it is with any startup. It was just me, one helper, and a beat-up truck that had 200,000 miles on it.”

The Architectural Firm of Alfred V. Saulo, Architects PC has been a private practice in New York for over 30 years. Servicing New York, New Jersey, and the international community for decades, Alfred V. Saulo is proud to be a part of the growth and success of DELPHI PH as lead Architects for their new Headquarters in South Brooklyn’s Bush Terminal Park, adjacent to the exciting and innovative Commercial complex: “Industry City” where Commerce and Innovation have been at the forefront of Brooklyn’s Renaissance. Our talented team of architects, designers and staff in New York have had the distinct pleasure of working with the principals and senior management at DELPHI PH designing their new Headquarters and Corporate Facilities. We have had the great honor of working side by side with this successful Plumbing and Heating firm and share a common vision of Excellence and Quality for their new Corporate Offices. Our firm’s commitment to provide superior design/consulting service from initial design/consulting services through Construction and Completion for their new 22,000sf+ state-of-the-Art Offices will ensure DELPHI PH’s continued success in New York for generations to come.

Over the next 42 years, Delphi grew into the company it is today, one of the leading mechanical contractors in the area, working with the most distinguished large general contractors as well as directly with city, state, and federal agencies, and as such, continuing to help build NYC.

Through spec-to-bid and negotiated projects, Delphi has been instrumental in the successful completion of commercial/industrial plumbing and mechanical installations that include multistory ground-up construction along with major renovations for health, educational and correctional facilities; multi-story office and residential buildings; military bases; sewage pumping stations; and water treatment plants.

In addition, Delphi’s expertise extends to fire protection design, installation, and maintenance. Monthly, yearly, and five-year systems testing, as mandated by the National Fire Protection Association, of which Delphi is a member, ensures the safety of building occupants and minimizes the damage from fire.

In 2016, Delphi was listed as one of “America’s Fastest Growing Private Companies” by INC 5000. It subsequently received recognition from The American Registry LLC which added the company’s name to its Registry of Business Excellence.

Delphi, Jim told us, was fortunate to have been awarded three major ongoing contracts with the Department of Environmental Protection (DEP) three years ago, which is responsible for providing pure drinking water to the city and collecting and safely disposing of sewage. Recently Delphi was awarded three more projects, all involving large-scale renovations in water pollution plants and pumping stations. “But the work is not just handed to us,” Jim says. “DEP is a public agency and must publish all projects for bids, with all bid results publicly opened. Each project must be looked at carefully by us, analyzed, and estimated accurately. It is a challenge, and the competition is always fierce,” he shares.

“The contracts we are working on now require a high level of engineering to collect sewage and move it miles by force-mains from pumping stations to the sewage treatment plants. The systems are always on and as such, they are subject to constant attendance, maintenance, and upgrade,” Jim explains.

“Ten years ago, Hurricane Sandy made a mess out of the city’s infrastructure, hitting the water treatment plants the hardest, flooding some of them and making them inoperable. Now the task at hand, which started three years ago, is to protect those plants and pumping stations from another disaster by erecting concrete barriers to channel rising sea or river waters away from them and raising critical equipment to above potential flood levels.

In addition to the contacts with DEP, Delphi also has contracts with NYC Department of Sanitation, NYC Health and Hospitals, NYC Design and Construction, NYC School Construction Authority, and other agencies.

“The demand for schools is growing with the influx of new citizens,” Dimitri, who is leading these projects, says, “and it’s keeping us busy.” SCA is Delphi’s second largest customer and there are currently nine school projects underway, ranging from pre-schools to high schools, with either ground-up construction or major renovations, for which Delphi will supply plumbing and HVAC installations.

Keeping all the trades on track is a sophisticated Auto CAD 3D program, which Dimitri says is essential for ground-up construction if conflicts are to be avoided. “We receive the architectural layout, and the steel structure drawings, which have been entered in the 3D model, and then the mechanical trades, one by one, beginning with HVAC, plumbing, electrical, and sprinkler, start adding their duct and piping runs, called layers. As we add the layers, we run a critical detection program that can tell us if this pipe is blocking that duct, or if the electrical conduit isn’t in the right place, and the trades coordinate and correct any ‘hits’ before signing off the final to-build drawings.”

Looking to the Future

“We are always looking for ways to grow the company and fill jobs that are available,” Jim responds when asked about the future. He notes that New York has come a long way from the days of the complete shutdown, but pandemic restrictions continue to linger as well as supply chain issues. “The best way for us to remain in business and continue our success is to take care of our greatest asset, which is our employees and their families. We are comfortable with the pace we have, but we do look for opportunities to increase our work backlog and keep everyone busy.”

In a few years, he’s looking at stepping aside so that his son Dimitri can be the steady hand that will guide the company forward. “Having Dimitri at my side has been a blessing,” he says, reflecting on the quandary privately owned businesses face when there is no family member to succeed.

“No business can survive the ups and downs of our industry without a stellar reputation, and the basis of that is being true to your word.”

But he’s not quite ready to step aside yet. “It’s not easy to retire when you build a company from the ground up because it becomes a part of you, and you want that company to be successful whether you’re at the helm or not.”

For Jim, and other private owners, it’s not just about the money they’ve invested; it’s about the heart and soul they put into it. 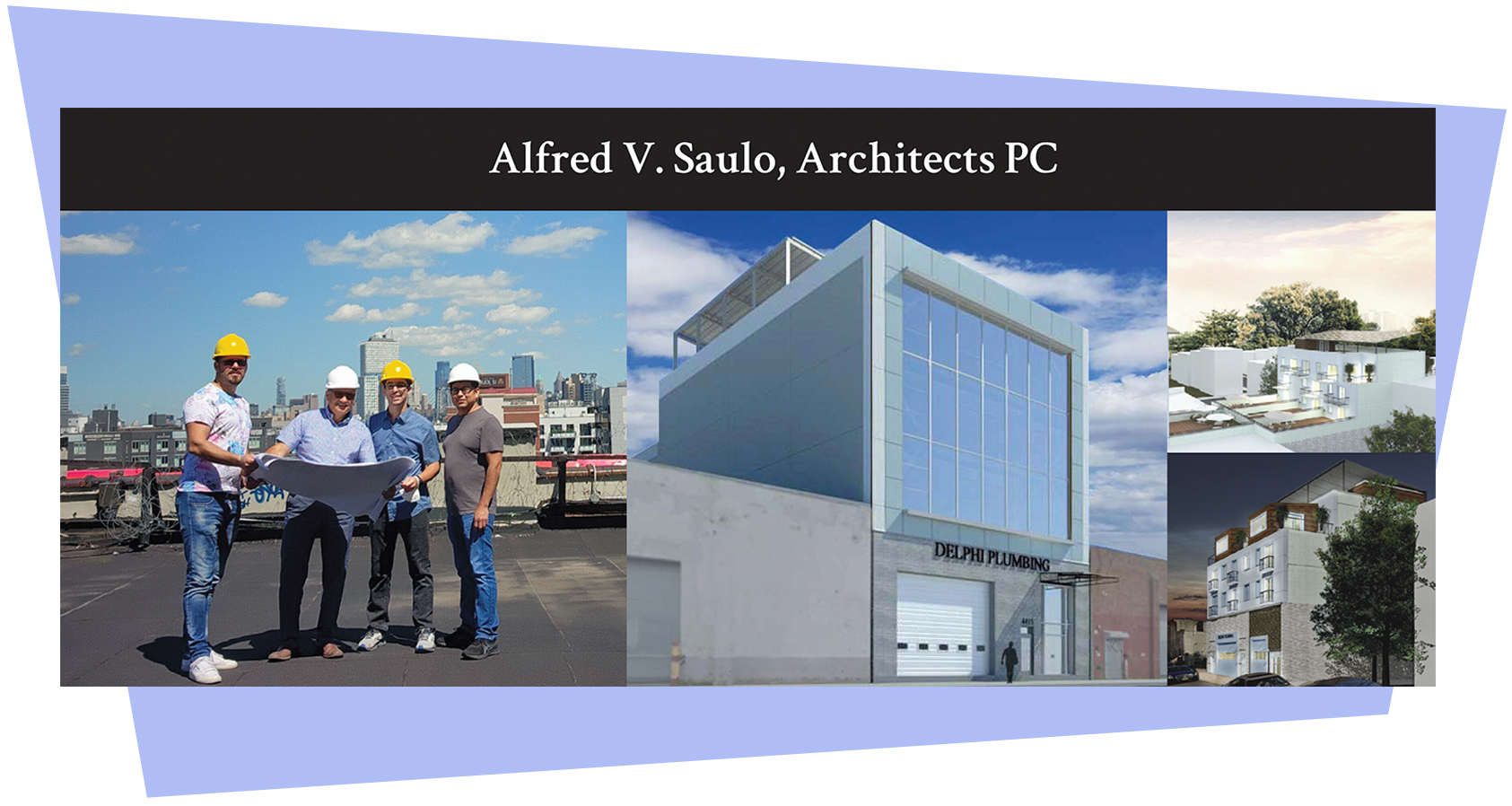